“It does not appear the strains will grow more lethal as they evolve.” 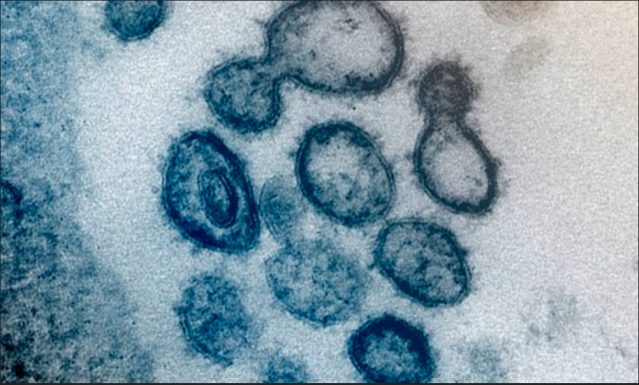 Eight strains of the coronavirus are circling the globe. They’re giving scientists clues

Scientists in Singapore believe they have developed a way to track genetic changes that accelerates testing of vaccines against a coronavirus that has killed more than 16,000 people worldwide. The team hope it can be an important step in fighting the virus.

At least eight strains of the coronavirus are making their way around the globe, creating a trail of death and disease that scientists are tracking by their genetic footprints.

While much is unknown, hidden in the virus’ unique microscopic fragments are clues to the origins of its original strain, how it behaves as it mutates and which strains are turning into conflagrations while others are dying out thanks to quarantine measures.

Scientists are tracking eight strains of the coronavirus by their genetic footprints.

Huddled in once bustling and now almost empty labs, researchers who oversaw dozens of projects are instead focused on one goal: tracking the current strains of the SARS-CoV-2 virus that cause the illness Covid-19.

Labs around the world are turning their sequencing machines, most about the size of a desktop printer, to the task of rapidly sequencing the genomes of virus samples taken from people sick with Covid-19. The information is uploaded to a website called NextStrain.org that shows how the virus is migrating and splitting into similar but new subtypes.

Covid-19 has mutated: Should we be more fearful?

Scientists in China claim to have identified two main strains of the coronavirus that is circulating in humans, indicating that the virus is mutating.

While researchers caution they’re only seeing the tip of the iceberg, the tiny differences between the virus strains suggest shelter-in-place orders are working in some areas and that no one strain of the virus is more deadly than another. They also say it does not appear the strains will grow more lethal as they evolve.

“The virus mutates so slowly that the virus strains are fundamentally very similar to each other,” said Charles Chiu, a professor of medicine and infectious disease at the University of California, San Francisco School of Medicine.

The SARS-CoV-2 virus first began causing illness in China sometime between mid-November and mid-December. Its genome is made up of about 30,000 base pairs. Humans, by comparison, have more than 3 billion. So far even in the virus’s most divergent strains scientists have found only 11 base pair changes.

That makes it easy to spot new lineages as they evolve, said Chiu.

“The outbreaks are trackable. We have the ability to do genomic sequencing almost in real-time to see what strains or lineages are circulating,” he said.

So far, most cases on the US West Coast are linked to a strain first identified in Washington state. It may have come from a man who had been in Wuhan, China, the virus’ epicentre, and returned home on January 15. It is only three mutations away from the original Wuhan strain, according to work done early in the outbreak by Trevor Bedford, a computational biologist at Fred Hutch, a medical research centre in Seattle.

On the East Coast there are several strains, including the one from Washington and others that appear to have made their way from China to Europe and then to New York and beyond, Chiu said.