Dunedin city councillor Lee Vandervis has been censured by his colleagues after a investigation found he engaged in “loud, aggressive and intimidating behaviour” towards a staff member. 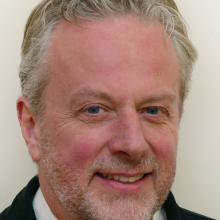 Councillors at today’s full council meeting voted unanimously in favour of issuing Cr Vandervis with a written censure to demonstrate his conduct was unacceptable.That was despite Cr Vandervis continuing to dispute key parts of the investigation’s findings, insisting he had not been afforded “natural justice” and maintaining the complaint against him was politically motivated.

He also vowed to continue using his “loud” voice to raise call out council dysfunction where he saw it.

The Code of Conduct complaint against Cr Vandervis alleged he had engaged in “an uncalled-for verbal attack” on a DCC customer services staff member during an exchange at the Civic Centre reception on September 13.

An report into the incident by independent investigator David Benham, made public this week, concluded Cr Vandervis’ behaviour breached the council’s code of conduct on three counts.

The resolution to censure him at yesterday’s meeting came from Cr Mike Lord, who said he had also spoken to a trusted staff member who detailed the exchange.

Cr Vandervis had been “loud”, and the situation “embarrassing”, and Cr Lord accepted the staff member’s version of events as well as Mr Benham’s report.

Most other councillors spoke in agreement, including deputy mayor Christine Garey, who said the council had to enforce the code of conduct to be a responsible employer.

Cr Carmen Houlahan agreed, saying councillors had to be held to an even higher standard than the public, while Cr Chris Staynes said there was no doubt the incident had occurred as described and was not politically motivated.

Cr Jules Radich spoke in support of Cr Vandervis, saying if the exchange was over a $12 parking ticket — as the complainant had claimed and Cr Vandervis had denied — then it was “a very small matter”.

He also questioned whether the video showed “much shouting or loud-looking” behaviour, and said he was “very reluctant” to censure Cr Vandervis over the incident.

“We have quite a lot of complaint going on here about not very much,” he said.

Cr Marie Laufiso took a different view, saying if she had her way Cr Vandervis would be asked to resign.

Since being elected in 2004, I have never accepted any rate-paid travel to conferences or sister-city visits, never accepted any DCC business contracts, never had a paid chairmanship and have refused to barter my vote. I have exposed and voted against many millions in DCC dysfunction. The claim that I have tried to avoid a $12 parking ticket is ridiculous.
As a Councillor, I call out Local Government dysfunction with my loud clear voice and I am tall with facial hair which some people find intimidating. I do not intend to change any of this.

This Code of Conduct complaint has significant importance to all Elected Representatives as although I am the person that suffers this trumped-up Code of Conduct accusation on this occasion, it could happen to any of you in the future.

My 1st point is that I did not engage in the conduct claimed by the complainant and the investigator, and I’m quite sure that if he had investigated the matter fairly then he would have reached that conclusion. My lawyer’s letter of 25/11/2019 sets out the response that I would have made if the complaint had been fairly put to me and you can judge for yourself whether the staff “summary” of that letter fairly sets out the defence that I would have made if I had been given the opportunity.

The 2nd point is that I was not provided basic Natural Justice rights, despite being guaranteed those rights under the DCC Code of Conduct. I did not see the complaint or any witness statements, and did not know until after I received the report from the investigator, that the staff member had falsely claimed that I was trying to have a parking ticket set aside which would be a clear breach of the Code of Conduct. What I was trying to do was to report a malfunctioning mislabelled parking meter (the reason for the inappropriate ticket I received) which I have frequently done in the past verbally to DCC Customer Services as is the appropriate Council procedure.
Len Andersen QC has advised me that I have good grounds for applying for a Judicial Review of any adverse decision made by the Council because of the failure of the investigator to adhere to the basic principles of Natural Justice.  My QC expects that CEO Bidrose would have received exactly the same advice from Anderson Lloyd if that question has been asked.

The 3rd point is that It was only after I made a complaint about the staff member’s refusal to accept my complaint, that this Code of Conduct complaint against me was made.  Councillors in the future may be unwilling to make complaints about staff members if there is a real risk of such a complaint resulting in a tit-for-tat anonymous Code of Conduct complaint against the Councillor, with the attendant risk of damaging the Councillor’s reputation, particularly when senior DCC staff are not prepared to ensure that there is a fair hearing and that Privacy rights are not breached.

The  4th point is that staff members other than the CEO do not have the right to make Code of Conduct complaints. My lawyer has been told that this complaint was made by the Chief Executive. Only 3 people should have known about the fact that there was a Code of Conduct complaint: the Chief Executive, her assistant and the investigator. My privacy was breached at a critical time of the election campaign by that complaint being leaked and made public, and extensively reported by the ODT and on social media. The ODT refers to its source being “a council spokeswoman,” oneexample being the ODT article of 26/09/2019.
No action seems to have been taken either, on my complaint of breach of Privacy, or on my complaint against the staff member, so it should be no surprise that I consider this whole issue to be politically motivated.

The 5th point is that Councillor Benson-Pope should not participate in any way in this hearing as his ODT 24/05/2019 article claims of my supposedly abusive emails [since debunked]   https://www.odt.co.nz/news/dunedin/email-quarantine-dcc-prevent-abuse exhibit such ill will against me that no reasonable person could consider that he would give me a fair hearing in any Code of Conduct hearing.

I invite you to view the video of the alleged ‘loud aggressive and intimidating’ behaviour so you can see for yourself that my behaviour was not inappropriate and there was no obvious concern shown  by either the staff member or other people in the vicinity. During the entire video you see #11 people passing within 4 meters of me talking, and only one stops for 3 seconds to look my way. Most likely this #6 passer-by was not looking at me but checking the time on the digital clock on the wall immediately above the complaining officer’s computer screen.

I am happy to answer questions if at least some Elected Representatives have a desire to give me a fair hearing:

Here is the video.

Easy to miss the important detail. 11 people walk by within 4 metres during this 3 minute video, and the only one to look my way for 3 seconds I believe is looking at the digital clock on the pillar above the Customer Services computer screen. The video is the only hard evidence which staff tried to stop the public seeing by falsely claiming the video was confidential information. All the rest is hearsay with no witness statements made available to me.